BRENDAN TOTZKE, B.S. Brendan graduated with a B.S. in Microbiology and a minor in History from USF in Spring 2021. During his undergraduate career he worked under Dr. James Riordan to characterize virulence factors in Escherichia coli from a study at Moffitt Cancer Center. Brendan joined the Shaw Lab in the Fall of 2021 as a doctoral student in the program. His main goals in the Shaw Lab are to characterize how the C-terminal processing protease (CtpA) of Staphylococcus aureus contributes to virulence.

EMILEE MUSTOR, B.S. Emilee graduated with a B.S in Cell and Molecular Biology from the University of South Florida in fall 2020. During her time at USF, she explored many different areas of research, including auditory research at the Global Center for Hearing and Speech, bacterial cell division in Dr. Prahathees Eswara’s lab and bioinformatics under the directive of Dr. Richard Pollenz. Upon graduating, she worked as a teacher at Lockerbie College in Barbados. Emilee joined the Shaw Lab in fall 2021 as a doctoral student, where her work focuses on the targeted detection of virulence factors and proteolysis during infection within animal models.

NATHANIAL TORRES, B.A., Ph.D. Nate developed a deep passion for all things science while attending Earlham College where he earned his B.A. in Biochemistry in the spring of 2012. As an undergraduate, Nate became a Ronald E. McNair Scholar which provided him the opportunity to conduct research at Earlham ultimately leading him to pursue his Ph.D. at Oklahoma State University. At OSU, Nate worked under Dr. John Gustafson in the Department of Biochemistry & Molecular Biology investigating genetic alterations and cellular responses responsible for antimicrobial resistance in S. aureus. During his graduate studies, Nate was the recipient of several research awards including Best Graduate Paper for the 106th Oklahoma Academy of Sciences Technical Meeting. Nate earned his Ph.D. in the summer of 2018 and joined the Shaw lab where he is investigating the relationship between the RNA polymerase delta subunit and virulence factor gene expression. 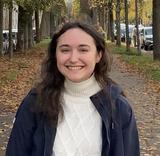 BAYLIE SCHOTT, B.S. Baylie graduated with a B.S. in Biology, with minors in both Chemistry and French Language, from FSU in 2020. She went on to work in a microbiology lab at Cardinal Health during her gap year, familiarizing herself with S. aureus and E. coli. Baylie joined the Shaw Lab in Spring 2022, with the goal of obtaining her Master's degree. Her primary research focus is identifying PrsS substrates and exploring PrsS and M82 protease biology.

​HANNAH SHEPPARD, B.S. Hannah graduated with a B.S. in Environmental Microbiology and a minor in Public Health from USF in Spring 2021. During her undergraduate career she participated in the HHMI SEA-PHAGES program, where students discover and isolate novel bacteriophage. After SEA-PHAGES, Hannah worked under Dr. Maureen Groer in the College of Nursing on the microbiome of newborn babies. In the Spring of 2021, she was a volunteer at the Florida Department of Health laboratory located on USF’s campus monitoring Arbovirus levels across the states of Florida and Georgia. After a gap year, Hannah joined the Shaw Lab in Fall 2022. Her doctoral research explores S. aureus virulence production in response to environmental stimuli. 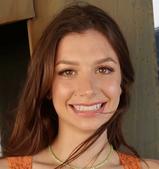 RACHEL WASHBURN, B.S. Rachel majored in Microbiology and minored in Public Health Infection Contro at USF. She was a member of Shaw Lab since her Freshman year in 2018, working alongside Dr. Torres. She completed her honors thesis investigating the structure-function relationship of the RNA polymerase delta subunit in S. aureus. She also served as the CMMB Club’s President and the Scuba Club’s Public Relations Officer. She graduated with her BS degree in Spring 2022, and we were lucky enough that Rachel chose to stay on in the Shaw Lab for her doctoral studies. Her dissertation work focuses on the differential expression of regulatory circuits between in vitro and in vivo environments.

AT THE UNIVERSITY OF  SOUTH FLORIDA 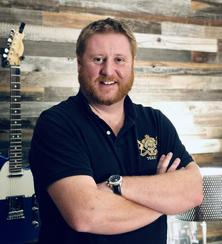 KAJOL LAL LAL, B.S. Kajol graduated with a B.S in Biomedical Sciences from Brunel University London in Spring 2021. During her time as an undergraduate she was working under Dr. Ashley Houlden and Dr. Ronan McCarthy investigating the role of putative cyclic-di-GMP associated genes in biofilm formation in Pseudomonas aeruginosa. She joined the Shaw Lab in Spring 2022 to pursue a masters degree in microbiology. Her work revolves around the characterization of novel regulatory factors that modulate the production of proteases in S. aureus.

JULIA SCHUMACHER, B.S. Julia graduated with a B.S. in Biochemistry and Molecular Biology and a minor in Environmental Science from Wake Forest University in Spring 2022. During her undergraduate career she explored molecular genetic tools to explore neuronal cell signaling under Dr. Eric Johnson, and wastewater treatment testing in Dr. Kyana Young’s engineering lab. In her last two years, working under Dr. Sheri Floge, her independent research focus was on the impacts of marine phage infection on Cyanobacteria light-harvesting genes. She joined the doctoral program at USF in Fall 2022, where her research centers on the differential control of virulence-factor and virulence-regulator promoters in S. aureus. 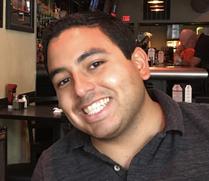 LINDSEY "LES" SHAW, B.Sc. (Hons), Ph.D. When Les was 13 he had major surgery to implant pins in his hip, correcting a growth defect. Unfortunately, as with a lot of surgeries, this resulted in a S. aureus biofilm infection caused by the indwelling pins that was not fully resolved until they were removed 5 years later. As such, Les has been in and/or around hospitals, bacteria, and antibiotics for a good portion of his life. This lead him to pursue a B.Sc. (Hons) degree at the University of East Anglia (Norwich, UK), which he obtained in 1999. For his honors thesis, he worked in the laboratory of Dr Richard James (now at Nottingham University, UK) performing a structure-function study of E. coli colicins. From there, he conducted his doctoral work in the laboratory of Dr Simon Foster at the University of Sheffield (Sheffield, UK). Here he focused on the role of secreted proteases in the virulence of S. aureus - the bacterium that caused him so many problems early on in life. As part of his doctoral training he spent the winter of 2001 studying in the laboratory of Dr Jan Potempa at the Jagellonian University in Krakow, Poland. Upon returning from Poland, and completing his PhD studies, he moved to the laboratory of Dr James Travis at the University of Georgia in fall 2002. Here he worked on the proteolytic enzymes of S. aureus, as well as those from a number of other pathogenic bacteria. In the summer of 2006, Les left UGA and moved to the University of Missouri-Columbia as a research assistant professor in the laboratory of Dr George Stewart, working on the quorum sensing systems of S. aureus. The following summer, in 2007, Les departed UMC, and joined the faculty of USF as an Assistant Professor in the Department of Cell Biology, Microbiology & Molecular Biology. He served as departmental director of graduate studies from 2009 - 2018, was promoted to Associate Professor with tenure during the summer of 2012, became a Full Professor in summer 2016, and was appointed departmental Associate Chair in the fall of 2019. He holds joint appointments in the Division of Infectious Diseases at the USF Morsani College of Medicine as well as in the Department of Global Health at the USF College of Public Health  Professionally, he became a permanent member of the NIH Bacterial Pathogenesis (BACP) study section in 2018, and was elected as a AAAS Fellow in 2019. As a result of those early years spent dealing with a S. aureus infections, and taking endless antibiotics, the Shaw lab appropriately works on the virulence mechanisms of this dangerous pathogen, whilst at the same time seeking to develop new antibiotics for the treatment of drug resistant bacterial infections.

JESSICA JACKSON, B.S. Jessica graduated with a BS in Microbiology and a minor in criminology from USF in the Spring of 2019. During her undergraduate career she worked in the Shaw lab alongside Jessie testing compounds for activity against the ESKAPE pathogens and their ability to eradicate biofilms. She rejoined the lab as a doctoral student in fall of 2019, working on the regulatory networks that control protease production in S. aureus. 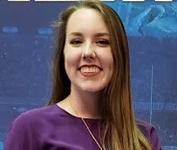 MARY-ELIZABETH JOBSON, B.S. Mary-Elizabeth earned a B.S. in Microbiology and Cell Science from the University of Florida in the Spring of 2019. During her undergraduate career, she worked under Dr. Alfred Lewin developing therapeutics for retinal diseases before moving on to complete an internship at NASA’s Space Life Sciences Lab working with hypobarophile bacteria recovered from spacecraft in Andrew Schuerger’s lab. In her senior year, Mary-Elizabeth was an NASW fellow for the 2019 AAAS meeting, where she exercised her science communication and writing skills. After graduating, she worked as a lab technician at Rapid Genomics, a high-throughput genotyping lab, before joining the doctoral program at USF in the Fall of 2020. Her primary goals in the Shaw lab are to characterize the role and regulation of novel virulence factors in S. aureus.